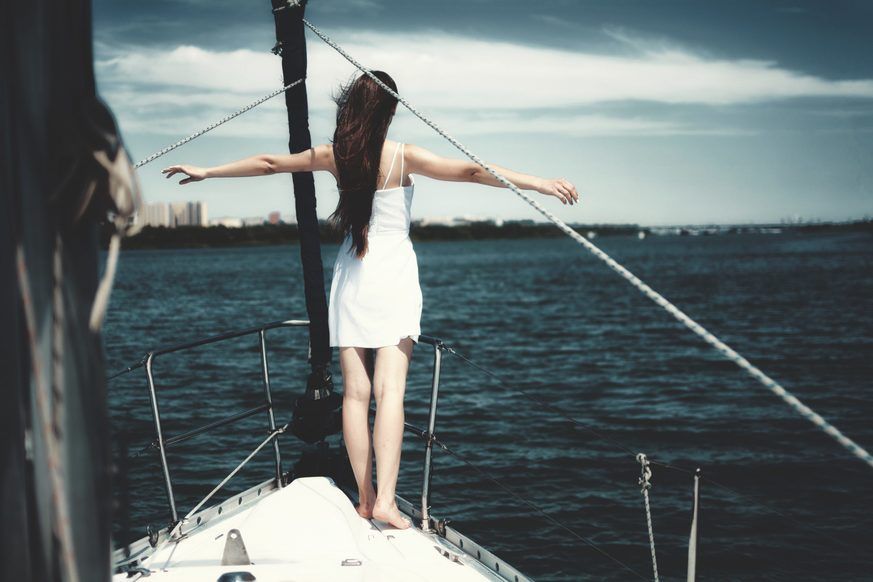 Would you stay on the Titanic?

Recently I read a great book Lifeboat no. 8 by Elizabeth Kaye. It describes what happened on board on what made people decide to stay on a sinking ship. She reveals what happened to each passenger and crew member and how the legendary maritime disaster haunted them forever.

The Titanic was regarded as an unsinkable ship. The ship was making water, but people refused to believe it was sinking. And even when witnessing the cold water rising up the stairs inside, they held on to their belief. For them, it was just a matter of time until the water was pumped out.

It took the Titanic took two-and-a-half hours to submerge. Therefore, there was no panic on board. Everybody behaved in an orderly and social manner. The situation did deteriorate, but slowly. In the minds of the passengers, the perceived delta, the situation before versus the situation now, was small.

Around the same era, another luxury steam liner sank. The Lusitania sank in less than 20 minutes. Instinct took over. Basically, only passengers who could swim survived.

There is a striking similarity to the boiling frog anecdote. The premise is that if a frog is placed in boiling water, it will jump out. If if it is placed in cold water that is slowly heated, it will not perceive the danger. It will slowly be cooked to death.

We human beings start our life with an empty mind. We create structures and beliefs in our mind to give us the perception of control, something to hold on to. The older we grow, the more solid these mental structures have become. New ideas that radically challenge this bastion of the mind are quickly rejected.

Small, incremental changes however are fairly easily accepted by us. As long as the period of time between the alterations is long enough, change can be brought about. Little by little, step by step. People in positions of power know this and can use this, for good or for bad.

It is imperative to to judge whether these small changes constitute a larger ongoing transformation. And if so, one needs to assess whether it is beneficial to us as individuals or as a group.

This is especially difficult as we all are vulnerable to social conformity. Psychologist Solomon Asch ran a series of interesting experiments to proof this.

Only a person whose mind is free, can observe objectively and think critically. I believe it is important to grant yourself this freedom. Even if it comes at a price which, right now, seems too high to pay.